You Gotta Love Julie Banderas, Colt Helmets, 'Dr. No' And Other Hot Threes 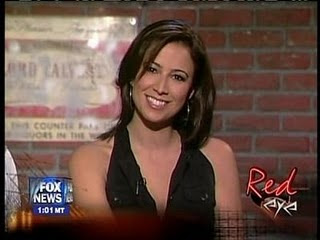 Thoughts of threes while idling at the DMV before football’s kickoff.


Before I die: Korea unites, we recognize Cuba, we get bin Laden.


Days I treasure: boating to Corregidor, sailing in Miami, marrying my lovely Filipino wife, Maria, in the Catholic Church.


Tune out: Sting, the Who, Creedence Clearwater Revival.


Break up: ESPNESPNESPN. Enough with the monopoly.


Actresses who have it: Marsha Thomason, the “White Collar” babe who should be Jane Bond; Nicki Aycox, the "Dark Blue" bad-ass blonde; Beth Riesgraf, the “Leverage” pouter.


Movie villains to vilify: The Joker in “The Dark Knight,” Oddjob in “Goldfinger,” the scum Hans Landa in “Inglourious Basterds.”


Books atop the stack: “The Spy Who Came in From the Cold” by John le Carre, “Before the Fall” by William Safire, “The Silence of the Lambs” by Thomas Harris.


Super screen lines: James Bond: “That's a Smith & Wesson, and you've had your six.” T.E. Lawrence: “No prisoners!” Charlie Harper: “My weirdness bar for chicks is pretty high, but you are clearing it in street shoes.”


Speeches for the ages: Nixon’s 1968 nomination acceptance, W after 9/11 at the National Cathedral, Reagan's Pointe du Hoc classic in 1984.


Radio static: The Angels’ station has a corner on this one. Baseball? Lacking. Too much programming on AM 830 is paid shilling for pills. When sports finds its way on the station, you don’t hear Rex Hudler; he was dumped. You hardly hear Jeff Biggs and sidekick Jason Brennan; their drive-time hours were squeezed into minutes. What’s left? A losing team.


But hey, they just called my number. Who said it stands for Don’t Move Velociously?


Bucky Fox is an author and editor in Southern California who runs BuckyFox.com.
Posted by Unknown at 7:21 PM 2 comments: