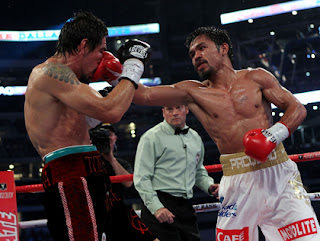 Zzzzzzzzebras aren't. They're out to review more plays than Randy Moss teams.

Really, can we hit the kill button?

Tell it like it is. Pro and college football reviews exist for bettors. I mean, who else really cares if a cleat lands a millimeter out of bounds? I want the game to move it, not take a siesta every other down.

The NFL is supposed to spell entertainment, not PBS. If I want a dead screen, I'll turn to Charlie Rose.

As it is, games last longer than "Ben-Hur" while refs go through marathon research every other play.


Since we're stuck with this malarkey, I say kiss the turf for three other letters: DVR.

The prez indicates he's perfectly OK with a homilitary. Yet he sends his lawyers to court to keep homos stuffed in a duffle bag while he ponders whether he should give his brass the order to let them out in public.

Contrast him with Harry Truman. He wanted to integrate the armed forces in 1948, so he ordered it. Period. No focus groups. No Capitol questions. He told the generals to mix blacks and whites in the barracks. Dismissed.

The man in charge now acts more like the commander in chef. If he were a true chief, he'd open the officers club dance floor to straights, detours, who cares and worry about the true enemy: Muslim terror.

As a lez pal tells me, what the hell; the uniforms would sure look snappier.

Speaking of rear echelon: Can we do away with the pandering gay tag? Homos are as blah as anyone, and 20% of Americans are even ment, as some survey figured. I don't buy that, but for damn sure hardly anyone is really upbeat.

As for unis. Please, NFL, trash these old school outfit. The Bears and Steelers show up in colors so foreign, you'd think NFL Europe is back.

Word to Commish Goodell: They're really uglier than a Favre sext shot.

I'm not a bitch. I'm certainly not you. What I want as I play off Christine O'Donnell's recent campaign ad is a lard-free government. That means cut the fat and the crap.

Cut drug laws and the billions in DEA waste.

Cut troops from South Korea and A-bomb the North if it trip-wires the DMZ.

Pac's the Man. If Manny Pacquiao had made Tony Margarito any redder Saturday, they'd have had a Bloody Mary. "Margarita shaken, stirred," came a friend's text.

Yet there was the Mexican after the raw rout spouting arrogance about not quitting. How about a dish of praise for the Filipino Fist? Call Jimmy Buffett and order some "Margaritaville" humility.

W. Great to see George Bush again. And not just in book tour interviews. Also on the mound, where he lasered that first pitch in the World Series. The Rangers could've used a giant like him.

Makes you go to YouTube for other Bush zingers, such as his 2002 anti-terror spiel to the press on the golf course followed by "Now watch this drive." Natch, perfect swing.

Now that's a replay worth watching.

Bucky Fox is an author and editor in Southern California who runs BuckyFox.com.
Posted by Unknown at 5:07 PM No comments: