Sex And The Sound Of Music 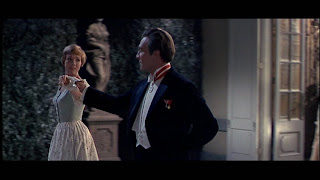 When did the 1965 Best Picture Oscar champ turn up The Sound of Sex? Right after intermission in the gazebo.

Julie Andrews’ Maria, a millimeter from Christopher Plummer’s Georg: “The Reverend Mother always says: 'When the Lord closes a door, somewhere He opens a window.' "

At this point of near kissing, the only thing Georg wants to open is the back of Maria’s flimsy dress.

So he says with a smirk: “What else does the Reverend Mother say?”

Welcome to the salty side, exactly what Plummer demanded upon taking the Capt. von Trapp role. The Canadian wasn’t about to sing through a saccharin script, so Ernie Lehman pulled back on the spoonful of sugar, not to mention the crisp apple strudels.

Lehman was probably the most valuable contributor to the smash musical whom nobody remembers. We know all about Andrews, Plummer and Rodgers & Hammerstein, the duo who wrote the classics: My Favorite Things, Do-Re-Mi, Edelweis, Sixteen Going on Seventeen. And my favorite, The Lonely Goatherd, which my niece Kristina Dazo sings with merry zest.

Lehman? He wrote the screenplay for Alfred Hitchcock’s 1959 film North by Northwest. Half a decade later he further proved his brilliance by adding such edge to this love story amid the Alps.

Watch The Sound of Music for the 50th time, and you hear that the thrills are alive. Georg wants to take Maria right there in the hut. Maria, breathy and eye-rolling, wouldn’t resist if the cameras were turned off. So all that tension is worth the price of the DVD – until the Nazis take the fun off the screen. Thanks to Lehman’s lines, Maria and Georg do the love dance. Even when they seem to be sparring. And it’s funny stuff.

Maria: “When we enter the abbey, our worldly clothes go to the poor.”

Georg, inspecting her outfit fit for the anschluss: “What about this one?”

Moments later, they’re at it again at the dinner table.

Georg: “You intend leading us through this rare and wonderful new world . . . of indigestion?”

Georg again, whistling Maria into marching his way: “Is it also possible you remember the first rule in this house is discipline? Then I trust that before I return . . . you'll have acquired some?”

Really, Georg is the one who needs a whuppin, and Maria delivers.

Maria: “You've got to hear! You're never home!”

And he does. As Maria muscles in, Georg weakens.

Georg: “You have already. More than you know.”

They’re not the only ones who feel the heat. Also in the mix is Liesl, the captain’s ripe teen. When Dad pretends he doesn’t know his kids tried to rope Maria back into the fold, the daughter says, “Where do you think we were, Father?” The kid is plugged in.

As is Maria. She might be a nun candidate, but she’s also a fine babe — with a rich, castle-dwelling Georg (in the drop-dead-gorgeous shape of Plummer) in her sights.

If there’s any doubt, a steely-eyed Maria sheds it in this exchange:

Georg: “You are back to stay?”

Maria: “Only until arrangements can be made for another governess.”

Like hell. She’s just hours from steamrolling the competition, Baroness Schraeder, and feels it.

When Maria’s back in the abbey, it’s as a shuffling bride. No black outfit and stuck behind the gate — safe from prying priests — for her. It’s all white as she aims for the knight shining at the altar.

And no listening to the head nun on this night.


Bucky Fox is an author of baseball books and an editor in Southern California.
Posted by Unknown at 6:46 PM No comments: